Winter is citrus season, and January is when the fruit varieties start to surface in some of the higher-end grocery stores. So I wasn’t too surprised when I saw Seville oranges at Whole Foods for $2.99 a pound.

Seville oranges are a sour, highly acidic orange with a lot of seeds. They aren't something you’d want to eat raw or drink the juice of. But they’re a standard ingredient in Cuban cuisine, and are the traditional orange for marmalade.

I’d tried marmalade with Sevilles once before, and ended up having a distressing amount of it burnt on the bottom of the pan. But part of that was because I’d tried to use a shortcut in this recipe from David Lebovitz. I stood there in the Whole Foods, looking at the Sevilles, and decided to give the recipe another go. 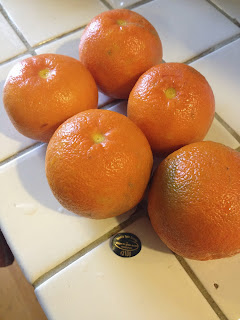 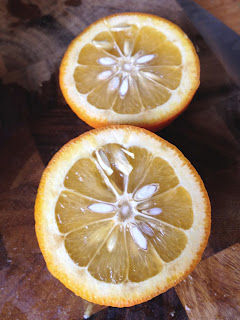 Processing the oranges takes a fair amount of time. You squeeze out the juice, remove all the seeds and save them, then slice up the rinds as thin as you can, and in small, bite-sized pieces. I tried to keep them all about 1/4-1/2 inches long. 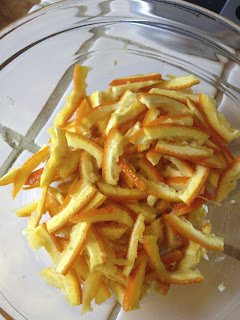 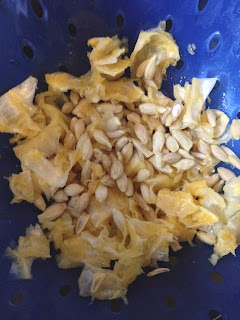 You bundle up the seeds and whatever membranes came out of the orange when you were squeezing or slicing it in a piece of cheesecloth, tying it tight. Then you cook the rinds with water, a little salt, and the cheesecloth bundle for 30 minutes.

At this point Lebovitz suggests leaving it overnight to let the natural pectin that’s in the seeds leech into the orange and water mixture. I didn’t do that last time, and in trying to get the marmalade to the right consistency ended up cooking the heck out of it, and burning some. This time I cooled it down and put it in the fridge overnight.

The next day I got the canning jars boiling, pulled out the orange mixture and dipped a finger inside. It definitely had a gelatinous quality already. It was liquid, but had a lot more body than an “orange soup” would’ve. I followed the rest of the recipe, adding sugar, putting in a candy thermometer, and getting it to a low-medium simmer. 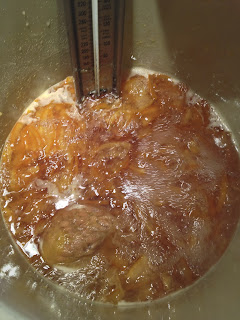 According to the recipe the mixture is supposed to come up to 220 degrees Fahrenheit for it to set properly. The last 10 degrees takes forever, and I was afraid I was going to burn the bottom again. I kept a few spoons in the freezer and as the marmalade continued to cook I tested the consistency of the set. It was thickening, but not enough. I sat in the living room, knitting and puttering around, getting up every few minutes to stir, look at the thermometer, and make sure it wasn’t burning. I checked various marmalade recipes online to see if any of them allowed a gel at less than 220 degrees. Couldn’t find one. In fact some said you sometimes had to go higher, depending on the amount of water in the recipe.

The temperature had gotten to around 217 or so when I started to smell a slight tinge of burning. I stirred around and saw that a few rinds were caramelizing, but no burning yet, thank God. So I turned the heat down as low as possible and tested the set again.

It was ready. Go time. I turned off the heat and pulled out the last ingredient. 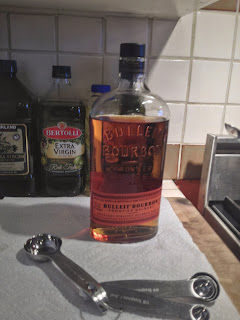 The Lebovitz recipe calls for a tablespoon of scotch. I had Bulleit bourbon, and figured that would work. I stirred it in and it smelled delicious. Oh my God. There’s nothing like loving the smell of something you’re going to can and knowing it’s gonna be hanging out on your shelves waiting to be eaten. Yay.

I pulled the jars out of the water, drained them, and as quickly and as carefully as I could jarred up the marmalade, wiping the rims with a clean, damp paper towel. In the end the set was a tad more solid than I’d like, but I was just grateful I caught it before it burnt this time. 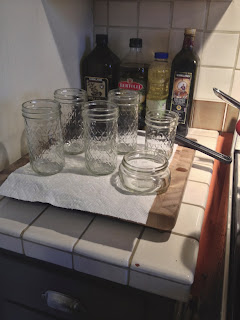 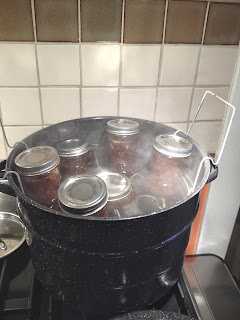 Lebovitz doesn’t can his marmalade, so I looked at other recipes for canning orange marmalade, and ended up processing the jars in boiling water for 10 minutes. 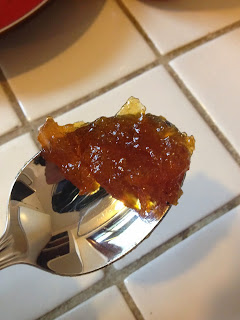 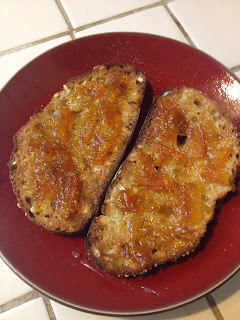 Verdict: it’s the best marmalade I’ve ever made. I’ve done other citrus combos since my disappointing first Seville attempt, and those have been good, but this…is awesome. A great level of bitterness, a teeny amount of extra depth from the bourbon, and just sweet enough. I found myself sneaking spoonfuls out of the jar I put the excess in after starting the processing on the marmalade that was being canned. Definitely worth all the effort, especially given how much I love orange marmalade.